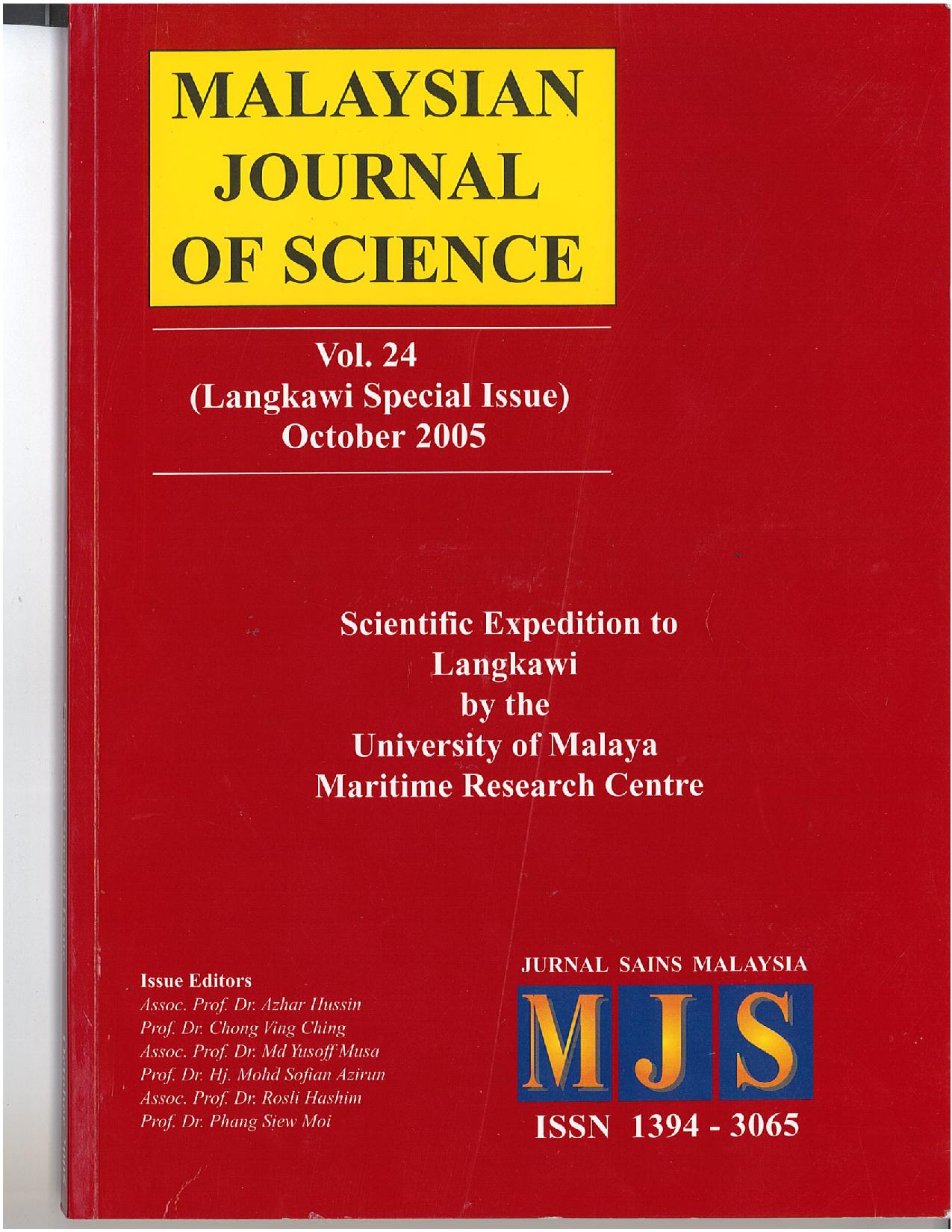 Field samplings were conducted during the dry period in April 2004 on nine rivers in the Northeast part of Langkawi Island, Kedah, Malaysia. The microbiological quality of river water was determined by enumerating the indicator organisms such as total faecal coliforms (TC), faecal coliforms (FC) and faecal streptococci (FS) and pathogenic enteric bacteria such as Salmonella spp., Vibrios spp and Shigella spp. TC, FC and FS were detected in only 22%, 11% and 22% of the marine samples respectively. The mean concentrations of TC, FC and FS were 8.9 Ã—10Â², 3 Ã—10Â¹ and 4.2 Ã—10Â³ cfu/100ml respectively. On the other hand, all the freshwater river samples had 100 % TC, FC and FS, with a mean concentration of 7.9 Ã—10Â³, 4.9 Ã—10Â³ and 4.4 Ã—10Â³ cfu/100ml, respectively. Salmonella spp. were detected in most of the freshwater rivers while Vibrios spp. were predominantly found in estuarine marine rivers. Overall, the microbiological quality of the natural, marine waters of NE Langkawi is marginal as the bacterial counts for the total coliforms, faecal coliforms were below the maximum acceptable level but the fecal streptococci count was slightly higher than the permissible limit. This is especially so for the freshwater rivers. No correlation between the indicator organisms and pathogenic bacteria was determined.