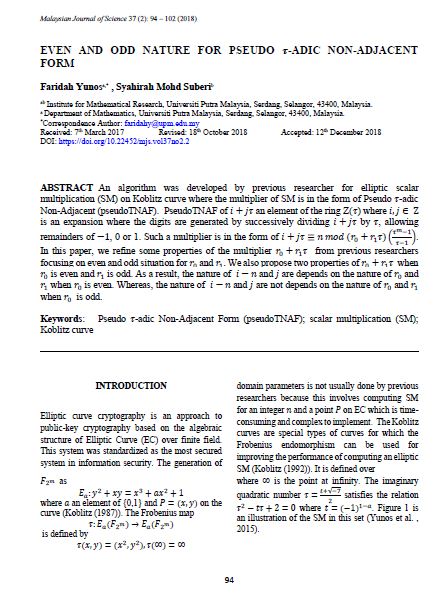 An algorithm was developed by previous researcher for elliptic scalar multiplication (SM) on Koblitz curve where the multiplier of SM is in the form of Pseudo -adic Non-Adjacent (pseudoTNAF).  PseudoTNAF of  an element of the ring Z ) where  is an expansion where the digits are generated by successively dividing  by , allowing remainders of , 0 or 1. Such a multiplier is in the form of .  In this paper, we refine some properties of the multiplier   from previous researchers focusing on even and odd situation for  and . We also propose two properties of   when  is even and  is odd. As a result, the nature of   and  are depends on the nature of  and  when  is even. Whereas, the nature of   and  are not depends on the nature of  and  when   is odd.