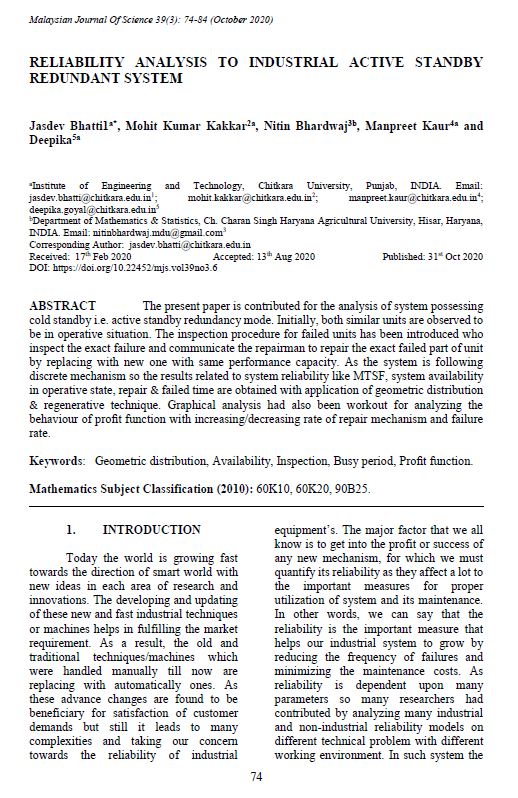 The present paper is contributed for the analysis of system possessing cold standby i.e. active standby redundancy mode. Initially, both similar units are observed to be in operative situation. The inspection procedure for failed units has been introduced who inspect the exact failure and communicate the repairman to repair the exact failed part of unit by replacing with new one with same performance capacity. As the system is following discrete mechanism so the results related to system reliability like MTSF, system availability in operative state, repair  failed time are obtained with application of geometric distribution  regenerative technique. Graphical analysis had also been workout for analyzing the behaviour of proﬁt function with increasing/decreasing rate of repair mechanism and failure rate.