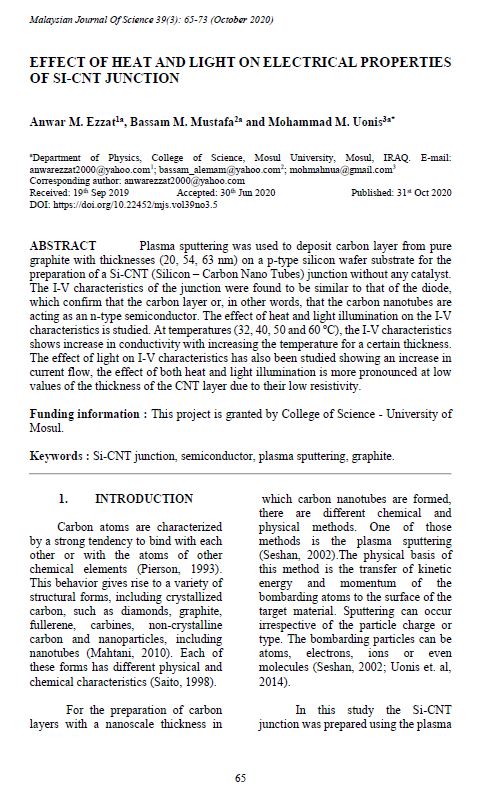 Plasma sputtering  was used to deposit a layer of carbon from graphite   with thicknesses (20 , 54, 63 nm)  on a p-type silicon wafer substrates to prepare Si-CNT (Silicon – Carbon Nano Tubes ) junction without any catalyst  . It is  found that the I-V characteristics of the junction were similar to the diode properties, which gave confirmation that the carbon layer or in other words that carbon nanotubes behaved as an n-type semiconductor. The effect of heat and illumination with light  on the I-V characteristics is  studied . at different temperature (32 , 40 , 50 and 60 o C) , the I-V characteristics shows clear effect and  increase of conductivity with increasing of temperature for certain thickness  . Also studied  the effect of light on the   I-V characteristics show an increase in  the flowing current  , the effect of both heat and illumination with light  are more pronounced for low thickness of the CNT layer  .