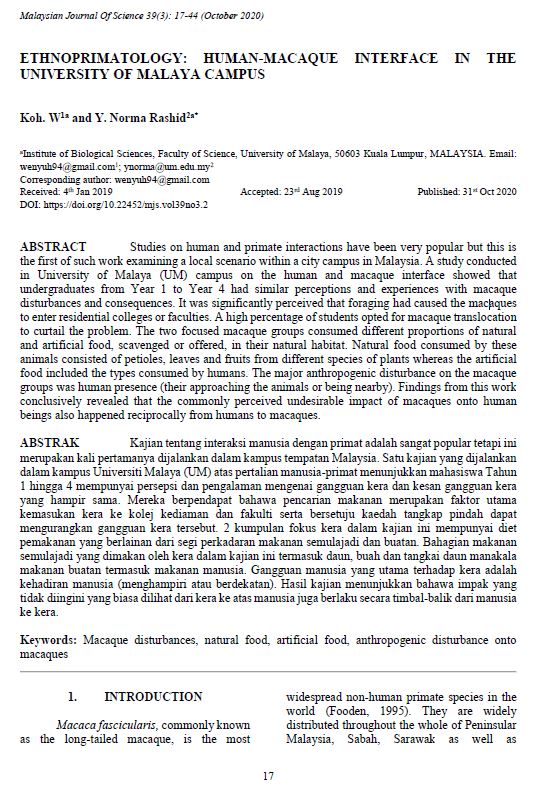 Studies on human and primate interactions have been very popular but this is the first of such work examining such local scenario within a city campus in Malaysia. A study conducted in University of Malaya (UM) campus on the human and macaque interface showed that undergraduates from Year 1 to Year 4 had similar perceptions and experiences on macaque disturbances and consequences. It was significantly perceived that foraging caused the macaques to enter residential colleges or faculties. High percentage of students opted for macaque translocation to curtail the macaque nuisances. The 2 focused macaque groups consumed different proportions of natural and artificial food resources from their natural habitat, scavenged or offered. Natural food consumed by the macaques consisted of petioles, leaves and fruits for different species of plants whereas artificial food was types consumed by human. The major anthropogenic disturbance on the macaque groups was human presence (approach or nearby). Findings from this work conclusively revealed that the commonly perceived undesirable impact from macaques onto human also happened reciprocally from human to macaques.